The Fruition team is live blogging from the mesh conference, May 23 and 24 at the Allstream Centre in Toronto. Here’s the latest installment.

Do you really know your social media audience? Social media monitoring can tell you about people who post and tweet. But how do you get to know the lurkers who aren’t tweeting, liking or sharing your content? Gain insights into your invisible online audience in this first look at the largest-ever survey of social media users. Drawing on a recent survey of social media users in Canada, the U.S. and the U.K., Andrew Reid and Alexandra Samuel tell us what’s different about lurkers, and what you need to know about reaching them.

We can get some data about inactive audience, but it pales in comparison to data from active sharers.

Reid and Samuel’s study talked to 55,000 Canadian social media users, plus more in US and UK. It’s the largest study of its kind. More than twice the sample size of Pew surveys.

Do lurkers behave the same ways and want the same things as sharers? No, which means that most of our data on our social media audience doesn’t apply to the majority of the audience.

What are the marketing implications?

You might change the way you structure social media initiatives. A Staples might create 2 different feeds: one targeting workplace influencers, made for sharing; another for the silent majority who maybe are focussed more on deals for home use.

You might also change your key metrics. Rather than shares or likes, you might want to increase your emphasis on measuring clicks and actual online transactions that are driven by social media.

Takeaway: silent social media audience are value-oriented rather than being driven by trends or being ahead of technology / fashion etc. curve.
They’re more likely to quietly click and buy if the deal is right. 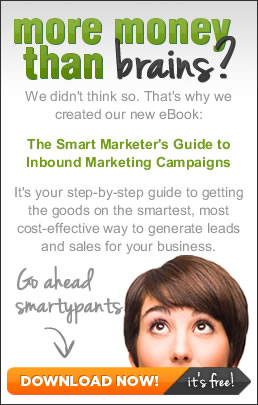 END_OF_DOCUMENT_TOKEN_TO_BE_REPLACED

Call it engagement. Call it retention. Call it what you want, but the fact is increasing lifetime client value is the most cost-effective way to grow your business. Fruition helps you grow lifetime value from your base with highly targeted email marketing, social media marketing and more.
END_OF_DOCUMENT_TOKEN_TO_BE_REPLACED